Destiny Europe: Over 100 EU personalities launch a manifesto for a more integrated Europe 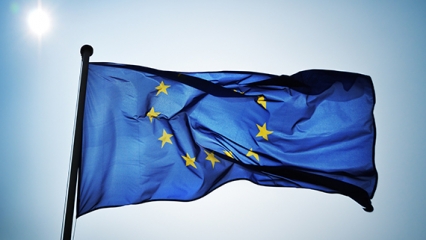 On June, 12th, over 100 high-level public personalities with a strong and long-standing commitment to the EU, including Manuel Baltar - the president of Partenalia, have signed the Destiny Europe Manifesto which calls for a stronger, more united, more sovereign and more democratic Europe.

In the footstep of the German Chancellor, Angela Merkel who declared that “ the time has come for Europe to take the reins of its destiny into its hands and becomes what its history, culture and spirit demand; the best place to live and develop a vital project”, the signatories are rallying behind a common vision for the future of Europe centred around the necessity for greater integration and a strong and cohesive European leadership to face the attacks of the multilateral order, a new European governance and the ambition to make the EU a moral benchmark in the new multipolar context. They believe that it is time to turn the current sanitary and economic crisis into an opportunity to strive towards more solidarity measures, a process that still seemed unconceivable three months ago.

To foster this collective endeavour, the signatories have created a transversal and multilingual platform that seeks to gather contributions and spark debates on the current state and the future of Europe in order to reflect its diverse nature from which it derives its strength. Their aspiration for the platform is for it to be “an agora open to all opinions and political leanings of those who bet on the success of the greatest and loftiest adventure on which Europeans have embarked in the last centuries” stated Nicolás Pascual de la Parte, Ambassador of Spain, Jesús González Mateos, Director of Aqui Europa and Fernando Rodrigues Pereira, Director of Prestomedia Grupo in Portugal, promoters of the initiative.

More than one hundred personalities from the academic, communication, business and institutional sectors have joined the manifesto. In Spain, among others, Antonio Gutiérrez Limones, president of the Spanish delegation of the Council of Europe, Susana del Río, Doctor in Political Science, director of the Group of experts: Convention on the future of Europe, Diego Carcedo, president of the Association of European Journalists, Emilio Lamo de Espinosa, President Real Instituto El Cano, Enrique Martínez, President of Segittur, or representatives of Telefónica, Deloitte, Indra, Endesa and the university environment have joined the plead for more EU as a response to the unprecedented crisis triggered by the Co-vid 19.

The personalities promoting the initiative affirm that "the process of European integration is already in a mature phase of development that now requires a strong determination and political will to share sovereignty (...) Europe has to renew and reaffirm its unwavering historical vocation as an area of ​​freedom, progress and solidarity". They firmly believe that Europe should spearhead the creation of a new multilateralism aimed at the emergence of a more balanced globalisation: “we Europeans are called to offer an alternative international architecture to the end of cooperative multilateralism, that is not its substitution for a competitive multipolarity between powers guided by power policies and the recourse of force. That is, to design a renewed normative, operative, effective and solidary multilateralism, based on the force of law and not on the law of force.”

For this to happen, the adherents call for the establishment of a new European governance through the “Banishing once and for all the false debates and sterile disputes between federalists, confederates or utilitarians. Recognizing that the objective capacities and the national commitment to the European construction project are different. Naturally admitting that to advance with a firm step on the path of European integration we must reflect these objective differences in reforms of the deliberative and execution processes as well as in the establishment of variable geometries and speeds. We cannot move forward at the pace of the least committed or most reticent towards Europe.”

The launch comes amid the largest multi-crisis the Union has suffered since its founding. The coronavirus pandemic threatens the worst recession in the EU's history after altering the European lifestyle. The coronavirus is teaching European many lessons. One of them is the need to be united to resurface stronger and more integrated from this crisis. "From this stage, European citizens will emerge stronger, they will feel proud of the political, social and economic model of the EU, and the democratic legitimacy of the EU will also emerge stronger. The EU is our home, our model of integration and all citizens must be proud”, analyses Susana del Río, Doctor in Political Science, director of the Group of experts: Convention on the future of Europe. "The EU is, today, the universal reference that most solidly defends humanism, solidarity, economic progress with social progress, diversity, green and circular development. I thank this platform, Destiny Europe, for the opportunity it offers me to spread these values ​​and express my deep commitment to them,” indicated Izaskun Bilbao, MEP for Renew Europe, and also a member of the Destiny Europe Manifesto

All the information on the manifesto, adherents, individual contributions and platform can be found at: 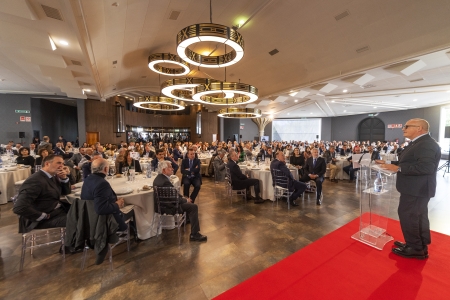